San Juan River is a river system in Calamba City, Laguna which is one of the major tributaries of Laguna de Bay. Its watershed area covers Calamba City in Laguna and municipalities in Batangas such as Sto. Tomas, Malvar and Tanauan City where Shimano (Philippines) is located.

In December 2005, it was classified as "worse than Class D" with very low Dissolved Oxygen saturation. Dissolved Oxygen is essential for aquatic organisms. With this, environmental efforts to save the river had been initiated by the government and different private institutions.

On November 24, 2015, Shimano (Philippines) together with 190 other environmental advocates from different locators of First Philippine Industrial Park joined hand in hand in cleaning up the river.

Around 700 kgs of wastes were collected and disposed to an accredited Sanitary landfill after the activity.

After the activity, all gathered to share on some refreshments sponsored by Shimano (Philippines). A little reward for everyone who took part in keeping the San Juan River alive. 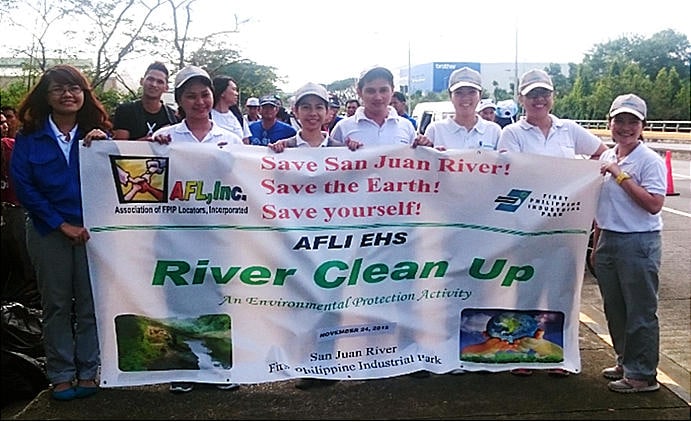